In Anglo Saxon times the area named ‘Leyland’ referred to nothing more than an area of unploughed fields through which Roman roads passed. The town of Leyland as we know it today, has developed largely due to the growth and expansion of the bus and truck manufacturer named after the town.


The museum building was formally part of Leyland Motor’s and the town’s history. It dates from the 1930s and formed part of the company’s South Works. For most of its life it housed the Customer Inspection Department, where lorries and buses arriving from production were closely inspected by purchasers before they took delivery.


It was in 1983 that the building was transformed into The Museum. It was too cold to open to the public in winter months and the roof frequently needed repair to keep out the rain. However, there has now been a complete transformation as a result of Heritage Lottery Funding, and generous support too from several sponsors. The old café and cinema were demolished, and new facilities provided. A ‘State-of-the Art’ Conference Suite and a new building for the Archive Dept. have been constructed. There are new heating and lighting systems installed, and the layout of the exhibition hall totally changed. We now have a motor museum which should be high on the list for anyone seeking ‘somewhere to go’!

“The end of a shift for hundreds of workers”.
“Production of Leyland steam lorries ended.” 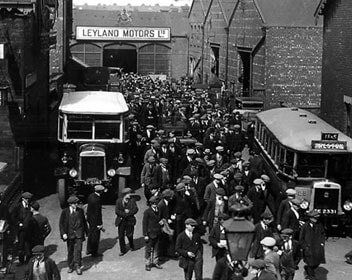 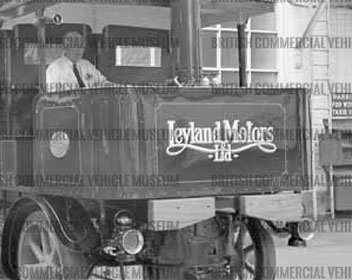 The museum was founded in 1983

“A motor museum to preserve Britain’s heritage in the design and manufacture of trucks and buses.” 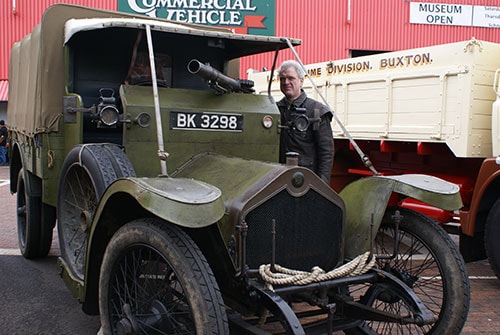 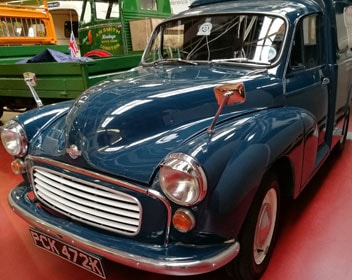 “Although only open during summer months, the museum attracts visitors from far and wide.”

“A bright new future for this unique motor museum starts with a bright new identity.”

“Out with the old and in with the new. We welcome you to one of the finest and friendliest motor museums… anywhere!”. 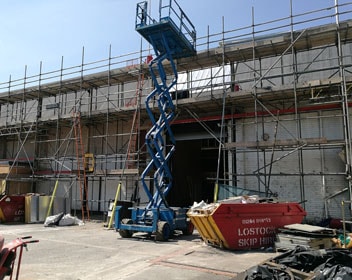 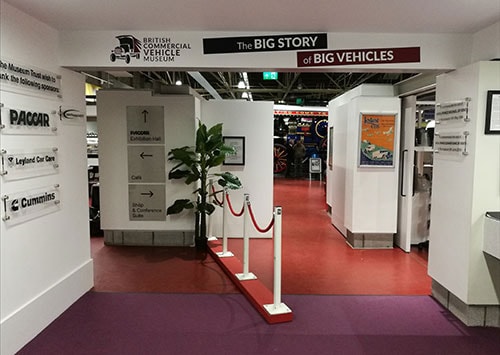 The Museum and its Aims

The British Commercial Vehicle Museum Trust is a Registered Charity whose aims are to preserve for future generations, vehicles of special significance (& related archive material ) designed and produced by British manufacturers. In doing so, the museum opens its doors for the public to enjoy the display of vehicles and to encourage future generations to learn how our engineers laid the groundwork for much of the world’s motor vehicle technologies.

The Museum is self-funding and does not receive government assistance or support for meeting the huge overhead costs encountered in carrying out the valuable work done. We rely on our own abilities, together with the generous support received from our sponsors, to maintain sustainability.

Our strong Corporate Governance ensures that the Museum’s Aims and long-term sustainability will be achieved. The Board of Trustees comprises people with professions built in Company Management, Legal and Financial Institutions, International Marketing and Truck Engineering.

Liveryman of the Worshipful Company of Carmen and Freeman of the City of London.

Retired Director and co-founder of Western Truck Ltd, the sole UK distributor for a leading North American truck manufacturer and major suppliers/exporters to customers worldwide engaged in road transport, construction, mining and oilfield industries. His working life has seen his direct involvement in International Road Transport; as Sales & Marketing Manager for a German truck manufacturer; and in heavy duty truck engineering, procurement and Import/Export of vehicles and components.

An Architect by profession, and an Associate of the Royal Institute of British Architects. A former Senior Partner and founding member of the Cassidy and Ashton Partnership of Preston and Chester, a practice responsible for many infrastructure & development projects including Civic, Commercial, Educational and Industrial, in and around the North West.

He brings a wealth of experience, both in creative design and an expert overview of the design and construction processes of numerous types of projects, plus an in-depth knowledge of the Construction Industry.

Chartered Accountant, Tim Haley, has been a Trustee of the British Commercial Vehicle Museum since early 2017. An avid family man and rugby fan, Tim has owned his own company, Haleys Business Advisers, for 25 years, helping clients from all over the country with their finances and business development.

With a life-long interest in anything mechanical and engineering, Tim is a disciple of the LEAN manufacturing philosophy. Always looking at ways to help clients grow and improve their businesses

Over 30 years involved with the Commercial Vehicle Industry at Leyland Trucks, starting as an apprentice and progressing to his current role as Purchasing Director with PACCAR Inc. in 2008. Joseph is a member of the Chartered Institute of Supply and a member of the Institute of Leadership & Management . Joseph also sits on the committee of the Chamber of Commerce in London, focussing on UK automotive business.

Chris is a Partner Director of AMION Consulting, an economic and financial consultancy company, where she heads up the Visitor and Leisure team. Chris has been a consultant for over 10 years and produces business plans, development strategies & feasibility studies for a wide range of heritage, culture, leisure and tourism clients.

Prior to becoming a consultant, Chris worked in a number of senior positions in the heritage and tourism sectors. She was Managing Director of Magna, a science centre and conference venue in Rotherham, a Director of Tourism South East, and the Marketing Director of Gunwharf Quays in Portsmouth and Dynamic Earth in Edinburgh. She has held a number of Board positions and currently sits on the Board of a multi-academy trust.

Bill is a Vice President of Lancashire County Cricket Club and was Honorary Treasurer for many years of the former Lancashire Cricket Board.

A solicitor for over 30 years and founder of ‘Solicitor Direct’. Derek is also a lifelong member of ‘Resolution’ whose aim is, wherever possible, to resolve legal matters without the need to enter into court proceedings. He is a member of the military re-enactment group ‘Ermine Street Guard' and has a keen interest in historic vehicles

A commercial vehicle professional, who has spent his life in the retail truck industry and managed truck dealerships since 1980 until taking early retirement in 2008. During the period 1980 until 2008 managed retail franchise dealerships with marques Renault Trucks, Daf Trucks and ERF Trucks. Finding that retirement didn’t suit, set up own business as consultant and has worked with clients on acquisitions, and disposal of business as well as working with Manufacturers in client inter phase projects.

Time to relax… for breakfast, lunch or high tea ! Here you will find good quality food, well prepared and presented, to add even further pleasure to your visit. Delicious gateaux, good coffee and ice-cream or choose something tasty from the menu. 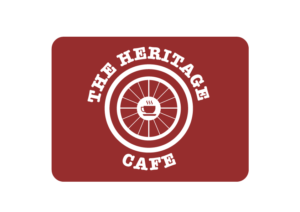 The place to find a souvenir or that special gift that’s just that bit different! We have carefully selected a range of products that you just might not find elsewhere… and all reasonably priced!

The museum is dedicated to protecting and preserving that part of the nation’s heritage which brought about world renowned developments in transport; from the improvement of roads to the building of vehicles that run on them. In doing so, the museum’s aim is to inspire people to learn more of what the nation has achieved by working closely with the community wherever possible. The end result being on-going achievements within educational projects, and at the same time bringing enjoyment to people of all age groups.

Schools, colleges and those wishing to further their interests, will not only learn about Transport Development over the years but also enjoy an insight into Social History.

The exhibits and the fine way in which they are presented will make you want to learn even more. Leading to discussions which will be both enlightening and enjoyable.

So many unexpected surprises. Time and time again we hear visitors openly state how much they have enjoyed themselves.

So Easy to Find

We are just 3 minutes from M6 JCT 28 for Leyland. Brown tourist signposts give directions. So convenient too, for taking a break if planning a long journey which is passing north or south through Lancashire. Good coffee, something to eat, and a chance to see some historic, beautifully preserved vehicles… you will want to spend more time!